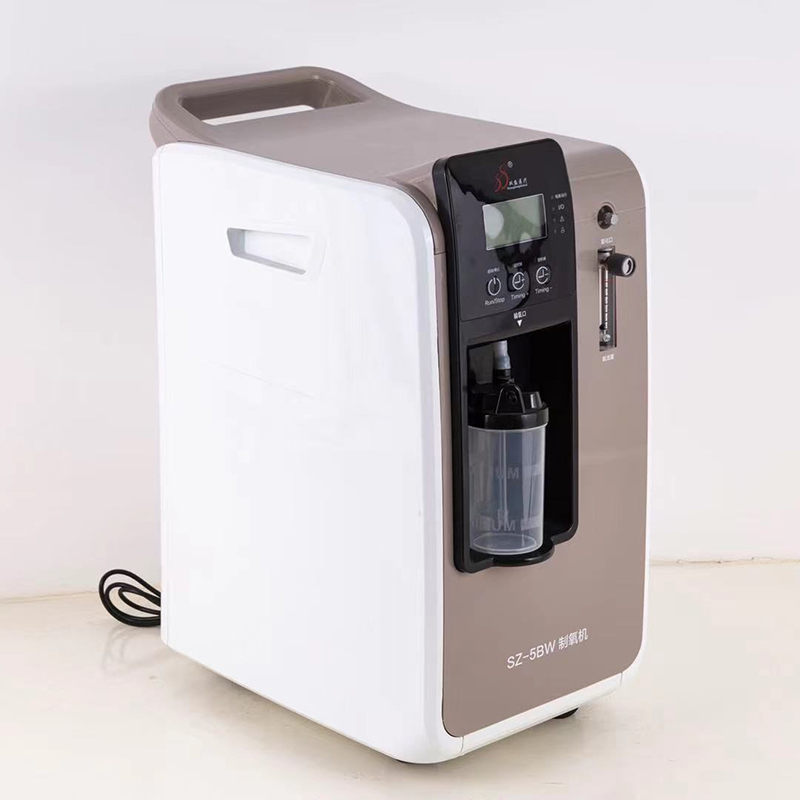 Using molecular sieve pressure swing adsorption principle. After the raw material air is pressurized by the air compressor, the air pretreatment system removes solid impurities such as oil and dust and most of the gaseous water, and enters the adsorption tower equipped with zeolite molecular sieve. The nitrogen, carbon dioxide and water vapor in the air are selected by the adsorbent For adsorption, oxygen passes through the adsorption tower. Oxygen is output as product gas. The compressed gas is the driving source to generate and transmit aerosol. When the compressed air generated by the compressor is ejected from the nozzle, it is generated between the nozzle and the suction pipe. The effect of negative pressure sucks up the liquid medicine. The inhaled liquid medicine hits the upper septum, turning into a very fine mist and spraying out to the outside.